﻿The Bite That Binds 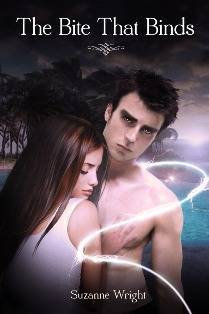 ISBN:
Pages: 273
Description: It’s just over a week until Sam will be Binding with Jared, and the only thing she wants is to spend that time relaxing and preparing for the ceremony. Unfortunately, she seems to be asking too much of fate, because suddenly she’s lumbered with a number of distractions that have the potential to postpone, or even cancel, the Binding. There’s a guarded fiancé to crack, a complicated assignment to deal with, Jared’s ex to alienate, and a bunch of snobbish Master Vampires to win over – or offend, whichever. On the upside, things couldn’t possibly be any worse, could they?

Actually, yes they could. Due to a cruel twist of fate, something strange is happening to Sam –something that is changing her in ways she doesn’t like or understand. With the help of Jared and those closest to her, she has to not only handle the threats to the Binding Ceremony, but find a way to fix what has been done to her – and fast.